Why I love TNC!

No, you idiot. Not TMZ. TNC! Tunay Na Chicks!
Last Friday, someone shared a link on my wall about these guys. They are really hilarious! They highlighted some of the things that a true "chick" does, or what they ought to be on their Tumblr site (even some weird female habits, of course). And I couldn't agree more!
Thus, I'm compelled to share some of it here:
Visit TNC at: http://tunaynachicks.tumblr.com
Posted by Faye Garcia at 10:23 AM No comments:

The Adventures of Four Eyes

So... stress finally caught up with me a few days ago. After working my system over the edge for more than two weeks, I fell ill last Wednesday morning. I was still able to work for three hours, then I had to excuse myself with a clinic pass because I was literally about to fall asleep while talking to people over the phone. I'm just glad they allowed me to clock out early for work, and just sleep the rest of my remaining hours at the lounge. I thought to myself I'd still be able to resume work in the afternoon, but to no avail. I felt so weak and was tingling, and I wasn't even able to finish my lunch. I forced myself to cancel all my scheduled lesson loads for the next two days, and I had to call-in sick. It's so not me to be absent from work due to illness, but I could barely handle myself walking upright!
Anyway, when I was able to find comfort in my bed (whom I haven't been friends with for the longest time) in the afternoon of Wednesday, we literally became inseperable; I fell asleep for twelve hours and didn't even second-guess waking up to eat porridge for dinner.
The next morning, I was scheduled for a medical check-up at my cousin's clinic in QC. I was feeling better than the previous day, but still terribly light-headed. I ended up being diagnosed with the same condition - Acute Tonsillopharngitis, the usual illness my body succumbs to since I was 6 (and I seriously don't have any plans of having my tonsils removed, no sir!). Thus, I was prescribed with antibiotics (yet again) and supplements. Then I was advised to see an optometrist because my left eye has been bothering me for quite some time, and I think my Astigmatism's getting worst.
So off we went to Cubao to visit our optometrist - the same one my parents and brother go to since the 80s. I had my eyes refracted, and I ended up having my third pair of eyeglasses - but the coolest ever! It's a pair of RayBan Wayfarers with a special coating (sort of) for computer radiation protection. And when I was about to buy a pair of this really cool old-school D&G shades that I saw on display, she even threw it in for FREE! How cool is that? Plus, she charges at a low cost and I only had to wait for one hour to get it done!
Here's a picture of my Wayfarers. Really cool!

Then me and mom had to wait for dad to pick us up, so we went food tripping and window shopping. We first went to SM Cubao, the place where we frequently go to back when I was a kid and when we used to live in QC to see the renovations they made. But since there was no longer a food court at the basement and it was freakishly cold, we jumped ship to the other mall in front of it - Ali Mall. It's such an old building, I can't even remember that it was also the same one I used to go to back in the days. They haven't done much, but there were new shops there. And it was ironic that they have a Payless Shoesource outlet, so I had to go in and see for myself. Since the money I was saving for a training would be useless now that I spent half of it for my eyeglasses, I used the remaining to buy myself this lovely pair of Brun Jacey's clogs (but mine's in brown). It's so pretty, that it hurts to splurge on it! Lol. 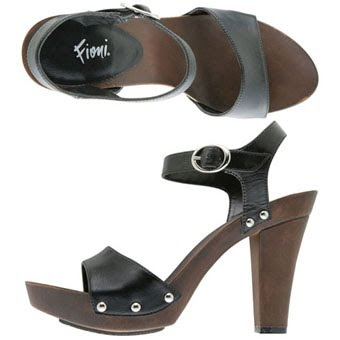 Then as me and my mom came out of the store, we saw this large crowd looking at something that's happening at the basement. When I squeezed in to sneak a peak, it was a rehearsal for the Binibining Pilipinas 2011's Talent Show which will be held the following day (Friday, the 25th at 4pm). I remembered that one of my high school batchmates, Martha Chloé McCulley joined so I looked for her, and there she was. She's so slim nowadays. I haven't seen her since we graduated! After our food escapades later on, I bumped into her accidentally when their entourage walked in our direction along one of the narrower corridors of the mall. She's still nice after all these years, and I wished her good luck. Now, I'm rooting for her. I know she'll do well in the competition.
So there. Best 'sick' day ever!
Had so much adventure with my parents - my mom, most especially. And in-between, I've had so much laughter and good food. :) And my aunt and niece (my cousin's daughter) came to our house for a visit. My niece is 6 years old now, and she's so talkative!
Such a lovely day. I'm just glad I had a good reason not to go to work today~!
--------
Photo courtesy of: starstyleinc.com and sassy-fashionista.blogspot.com
Posted by Faye Garcia at 10:09 AM No comments: 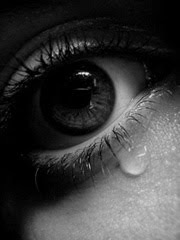 I must admit, for the first time in my life - I can feel fear. Not the kind of fear that may dispel after I wake up. It's there, lingering, raw, intense.
For the past few weeks, my parents have been trying to convince me to apply to be a military nurse. Instantly, I knew it was a far-off thing for me. It's not my dream, so to speak. It doesn't even fit the whole picture of what I want to do with my life... as a nurse.
And yet right now, given the circumstance that there are a lot of nurses in the Philippines who do not have a job fit for their profession, I must say that I'm being eaten by guilt. Piece by piece, up to the fiber of my being. I have connections, you see - set aside ego, of course. With that alone, I know I can get commissioned faster than anyone else. I know that I'm as brilliant as everyone out there, and I always have full confidence in myself that I can pass exams - sometimes to the point of cockiness.
But this time, even though I know I can do it. I just can't. It still feels so distant.
As I'm writing this, tears are actually pouring down like... I don't even know why it's happening! It's like I know what I want - which is NOT military nursing. But at the same time, I don't know what I want. Now I'm starting to doubt my plans in life. Heck, I do not even know if I have all the leisurely time in the world to sit back and let things unfold. Just like what one of my friends mentioned about his life earlier, "If I don't move now, nothing will happen."
That's exactly what I'm feeling right now. I hate it when people try to push me to do things that I have no intention of pursuing, not because I'm a lazy bone but because I usually know what I want in life.
But this time, it's different.
If I don't make a decision, and the right one at that, I think I might disappoint myself... even greater than I will disappoint my parents.
It just hurts. So many things going on in such a short span of time.
I hate change. Really. I don't even know what to think anymore. There's not even a space left to breathe in.
God, help me.
--------
Photo courtesy of: tl-ph.hi5.com
Posted by Faye Garcia at 12:42 AM No comments: