The silence is refreshing
I can actually live with it
Don't worry, I'm still here
Just like 'Zhong Ji Yi Ban'
Living in another dimension
Posted by Faye at 9:38 PM No comments: 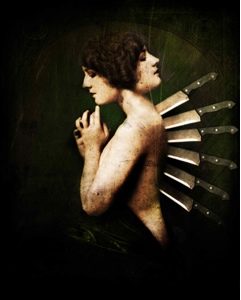 Often times, I'm betrayed by the ones I love. Even myself.
Posted by Faye Garcia at 10:46 PM 1 comment:

Almost There But Not Quite 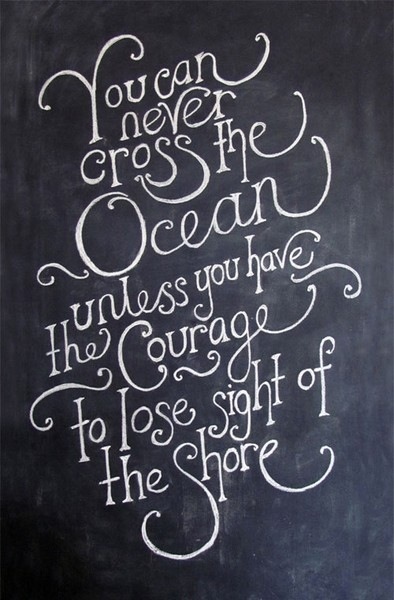 I can't wait for this year to end, maybe because I feel that something better is waiting for me in the distant future.
Happiness and peace... why are you guys taking so long to find me? :(
Posted by Faye Garcia at 5:25 PM No comments:

One month to infinity 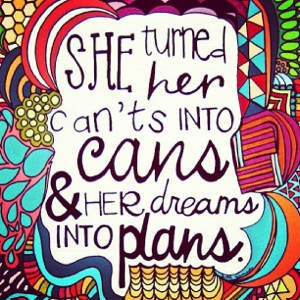 The future's just too bright... I gotta wear shades :) xoxo
Posted by Faye at 9:05 AM No comments: 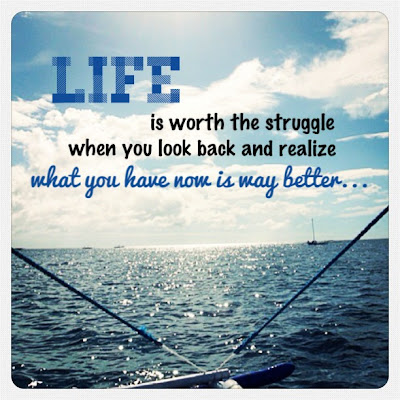 
These days, I've developed a habit of checking all my social networking accounts before I leave the bed. Lucky for me, all the posts and tweets I laid my eyes on have put me in a good mood throughout the day.

While it's no secret to most people that I'm going through a (bad) break-up... for the first time in my life, I actually feel that it's not such a bad thing after all. In fact, it's done me a lot of good things lately. I'm not just psyching myself that all's well with my life because I can see the manifestation of positive things happening: I finally got myself a high-end phone, I was able to shop to my heart's (and credit card's) content, I started (again) going to Church to hear Mass after what seemed like ages, I had more time with my friends to have random lunch-outs or dinner with them or whatnot... and so on.

I don't know if it's a "normal thing" to act this way after everything that has happened, but I'm genuinely happy. For once, I don't feel the "need" to hide my feelings to anyone who'd asked me how I'm doing. My head's also no longer filled with doubt, hate, distrust and self-monologues of what-could-be or I-should-say-this-but-I-don't-know-if-I-can scenarios. So to speak, I'm free.

I've opened my eyes to the possibility that better things are still to come, for where I'm standing right now I can see clearly the mess of a life I've chosen but now the cloud has lifted & I'm bathed in the light of day. I can feel the warmth, comfort and happiness pouring to my heart and soul.

I'm feeling lucky. I feel blessed. I feel that I've come out a better person. And I thank God that he's making me this way.

Posted by Faye Garcia at 9:17 PM No comments: 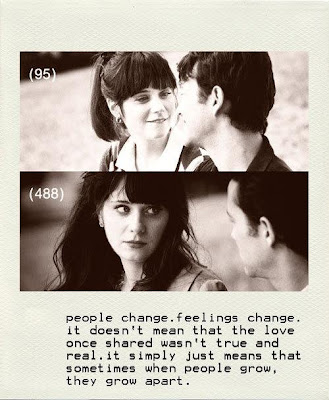 (c) karl to, repost from Facebook
Posted by Faye Garcia at 10:09 PM No comments:

If I didn't hold back that night, I'd still be there by your side
But I stood rooted to my selfish pride
And let you slip out of my sight

We were changing, and there's no way of stopping it
Tried to hold on but it's a minute too late
You just let circumstance seal our fate
Midnight strikes, another dawn breaks


Who We Are by Lifehouse

For all we go through
I don't wanna change you
It's my mind's running in reverse
Trying not to forget who we were
Well, it's time and here we go

Email ThisBlogThis!Share to TwitterShare to FacebookShare to Pinterest
Labels: day 7, life, Lifehouse, love, moving on, thoughts, Who We Are

supernova
noun: is a rare star that explodes and suddenly becomes much brighter

I learned quite a few things about LOVE from American Dad today
(Yes, it's kind of educational, at times... well rarely. And it's one of those rare times, I guess)
And it got me thinking of the things I had to change just for YOU to love me
Because the way I understood it a long way back, you'll never accept me for who I truly am.

I stopped being LOUD, when it was my way of expressing feelings,
I stopped playing percussions, because you said "it wasn't cool for a girl like me",
I stopped partying late at night 'til dawn, because for you it was "unfit for a lady"
I was young and vulnerable, so I listened.

I lost myself... my identity in the process.
And maybe that's why I rebelled too much and was angry at you most of the time.
But now, I'm taking baby steps in regaining the things I lost.
Because before you, I was a HAPPY person.
Yeah sure, I was BORING like you said, but I had moments of clarity...
Moments of insanity and being an insanely happier human being.
I'm currently working on it.
And my friends will be glad to say that SUPERNOVA is back.
Respect.

So listen to this song, because it's totally talking about you and how you treated me in my opinion.
Hopefully one day, I'll find that guy.
Maybe an improved you in the future, or maybe that guy who'll totally love me for all my quirks.
We'll see. =)

According to You by Orianthi

I need to feel appreciated, like I'm not hated
Why can't you see me through his eyes?
It's too bad you're making me decide
Posted by Faye Garcia at 12:06 PM No comments:

Email ThisBlogThis!Share to TwitterShare to FacebookShare to Pinterest
Labels: according to you, hope, life, moving on, Orianthi, supernova, thoughts 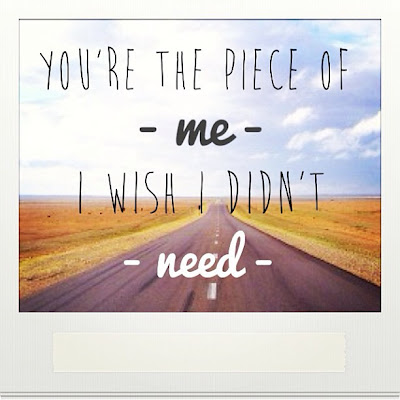 Food for the Soul

Thanks to my HH head, Maj, for sharing this with me =)

"The end of love is not the end of life. It should be the beginning of an understanding that love sometimes leave for a reason, but never leaves without a lesson. If someone truly loves you, they will never give you a reason to doubt it.

There comes a point when you have to let go and stop chasing some people. If someone wants you in their life, they'll find a way to put you there. Sometimes you just need to let go and accept the fact that they don't care for you the way you care for them.

The secret to happiness and freedom is not about control or revenge, but in letting things unfold naturally, and learning from your experiences over the course of time. After all, what matters most is not the first, but the final chapter of your life, which unveils the details of how well you wrote your story."
Posted by Faye Garcia at 11:21 AM No comments:

Email ThisBlogThis!Share to TwitterShare to FacebookShare to Pinterest
Labels: food for the soul, inspirational, life, love, moving on, quotations, quote

Let me give you a list of people who f*cked me up so bad that it'll be nearly impossible for you to get past the walls I've built up.

But once you do get past the walls, I expect you to beat the sh*t outta those who've hurt me in my past.

(repost from Tumblr)
Posted by Faye Garcia at 8:33 AM No comments:

You Never Truly Loved Me

I remember you.
Your face. The way you speak. The way you act. The way you stare.
And yet whenever I'm flooded with memories of you.
I'm conflicted...
I no longer feel the love and care.
I'm blinded with anger, disgust, loathing... in every fiber of me.

Ever since the beginning, I had this little voice behind my mind saying,
"He doesn't truly love you. So why are you still giving him a chance?"
But I did. I gave you CHANCES.
Because I was hoping that one day you'll change and that you'll GROW UP.

I didn't see your effort in keeping our relationship.
Well, not just keep it but rather make it stronger.

I just stood there, waiting, and waiting, and hoping.
While you go around cavorting with your so-called "friends"
Whom you probably put on high regard over me
Despite the fact that they've spread lies when we were still dating
To ruin my reputation and make themselves look good
And even went as far as "threatening" my life, even if it was their own brand of "joke".

AND YOU DIDN'T EVEN DO SOMETHING ABOUT IT.
Because you are a COWARD.
You ESCAPE when things get out of hand.
You don't have the guts to fight for what you truly want to keep in your life.
You are RUDE, SELFISH and IRRESPONSIBLE.

You let your "friends" have the upper hand.
You blindly let yourself be 'swayed' by their influence.
YOU ARE THAT PATHETIC IN MY EYES RIGHT NOW.
And I DESPISE you for that.

You dare hurt my feelings? Shame on you!

Is that how Christians are supposed to treat their "God's gift"?
Then I'll be damned.

If you feel that what I just said aren't true, then PROVE IT.
Be a MAN.
Otherwise, I'll just go right back to my conclusion:
That you never truly loved me...
Everything was just an illusion...
And that I deserve SO much better than having you in my life.
Posted by Faye Garcia at 10:26 PM No comments: